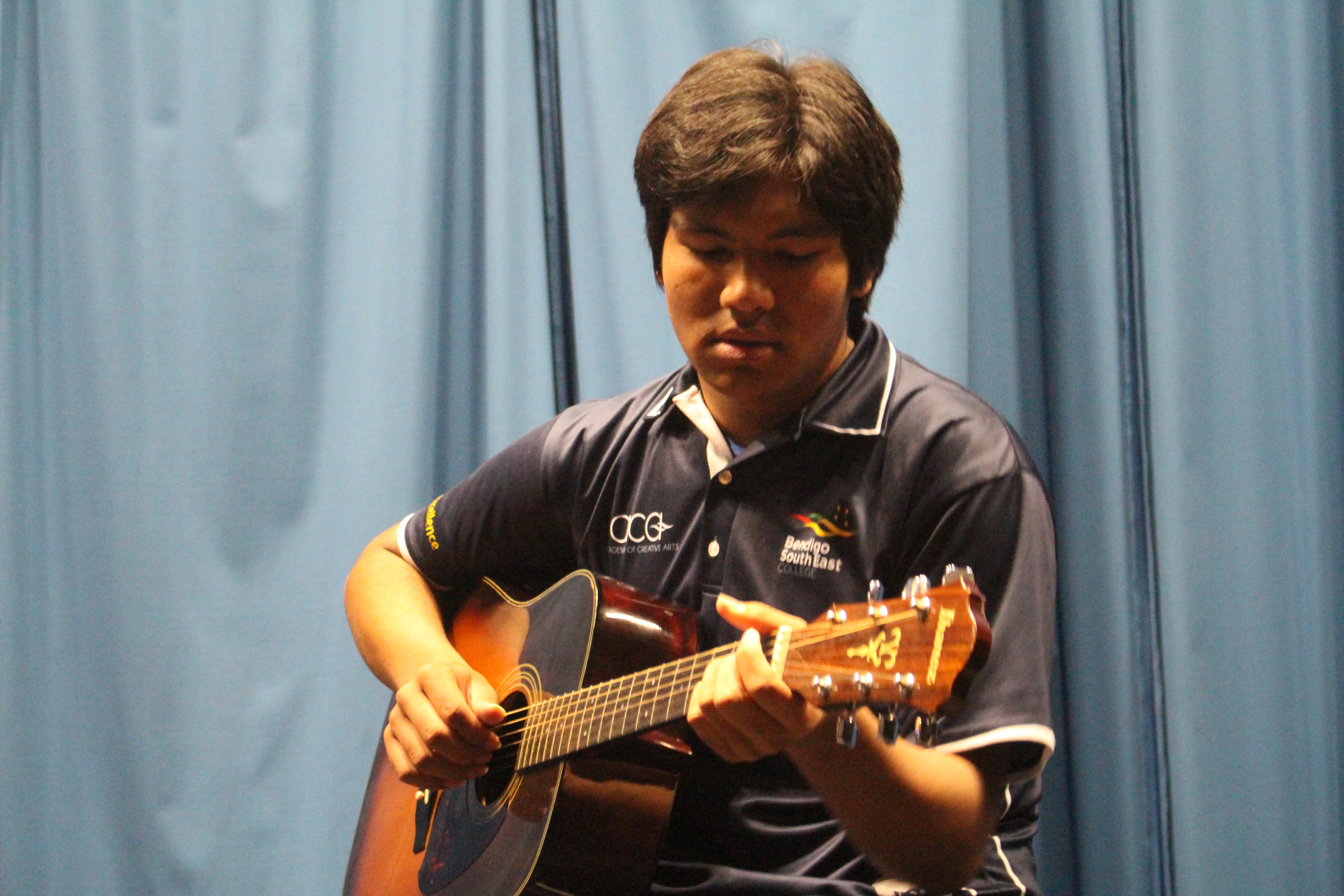 Year 10 student Nay Ye Aung has had one of his original songs played on Triple J Unearthed on Tuesday night. Nay is excited and humbled to have his music broadcasted on national radio.

“It was really cool to hear something of my work, especially as something as personal as this” Nay said.

His song ‘In the Crowd’ was written about one of his former teachers who has since moved away to pursue her dreams. Nay wrote the song for Musician of the Year 2018 and performed it whilst she was present.

“It was a really special moment” he said. “It was something close to my heart…that it was one-hundred percent real.”

He composed this as a part of an album and worked with two violinists and a cellist on this particular track.

His work has already caught the attention of industry heavyweights, including Sony and Mushroom. Triple J presenter Izzy who played the song on her program, making some positive comments about Nay’s song.

“How beautiful are those strings at the end?” she complemented.
“[The song] is so beautiful. He does it all himself. Writing, producing everything. Huge stuff from Nay!”

Ellen Kate-Waayers, the ACA Artistic Development Coach, says that Nay has grown as a performing artist since he first joined BSE.

“He [constantly] works very hard to get better and improve tracks he has already put down, so to have interest from other people is very exciting for him.”

Nay follows former ACA students Fae Scott (yergurl) and Kian with their work recognised on Triple J Unearthed. Whilst Nay has great personal ambitions for the future, his focus remains on his education.

“As much as I love this, if I was offered a million-dollar record deal tomorrow, I would definitely think about my education first.”

The BSE Community is excited to see what the future holds for Nay.